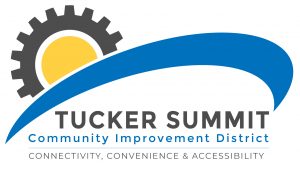 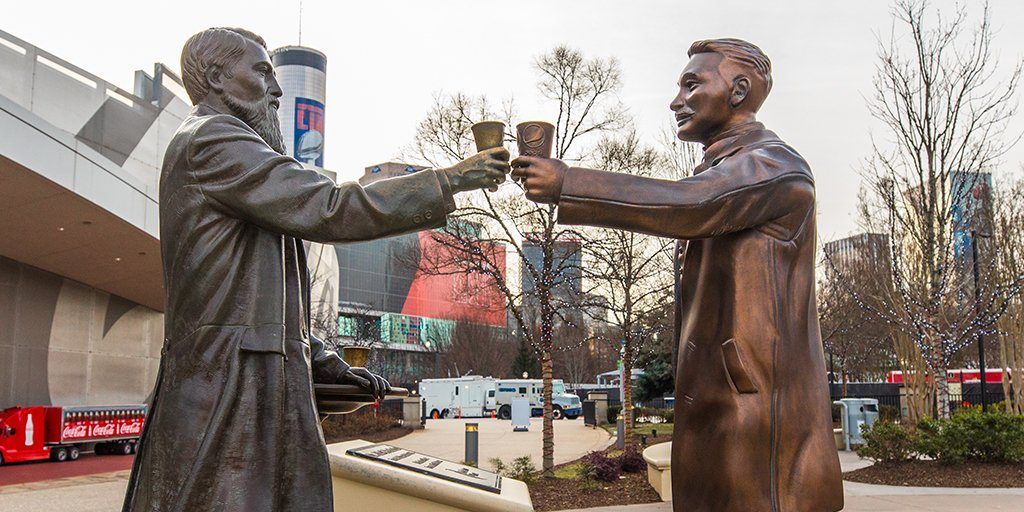 With Atlanta being a city that bleeds Falcons, United, Hawks and Coca-Cola red, the town was painted briefly blue when TSCID member Pepsi Bottling Group, an official sponsor of the NFL, took over downtown. The Big Game between the L.A. Rams and New England Patriots, that took place on Sunday, February 3, 2019, was not the only hotly contested rivalry taking place. Located in the heart of downtown Atlanta, Coca-Cola’s headquarters is just a few miles from Mercedez-Benz stadium where the game was held. With Pepsi as the official sponsor, all Coca-Cola branding were removed from the premises.

Atlanta was amused to see clever Pepsi campaigns pop up in various places on their daily commute leading up to Sunday. Pepsi promoters even went so far as to erect a statue of its founder Caleb Bradham outside of the Coca-Cola museum clinking glasses with the statue of the Coca-Cola founder John Pemberton for a quick social media photo shoot.

In the spirit of good sportsmanship, Pepsi did call a “ColaTruce” and pledged to donate a meal to Atlanta United Way for every retweet of the #ColaTruce hashtag.

During the Super Bowl, many Atlantans were surprised to see local recording artist, Lil Jon, among the stars like Steve Carrell and Cardi B, in multiple commercials for Pepsi. 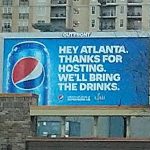 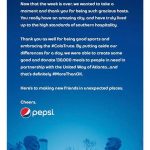 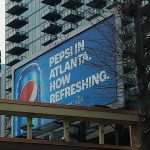 TSCID President Emory Morsberger was recently interviewed on Atlanta Real Estate Forum Radio to discuss the changing landscape and growth of Tucker Summit CID. He reiterated that the district’s accessibility and proximity to major Atlanta thoroughfares, along with its solid government relationships as being the primary advantages for new bio-tech focused businesses and laboratories that may be looking to locate their headquarter or other business locations.

Please listen to the interview here.

David located his business in TSCID based on the convenience and accessibility to major Atlanta highways. Being in the construction business, his crews needed the ability to travel to various parts of the city at any time of day.

According to David, “the area was less than stellar six years ago.” He saw the opportunity to help the district improve and grow when he agreed to become a board member on the newly created CID. As a native of DeKalb County, he recognized the value of businesses coming together and using their tax dollars for community improvement.

Even though there are different businesses, different people and different opinions, as a TSCID member, David feels owners all have the same goal and are all on the same team. Since the CID’s inception, he has seen property values rise 15-20 percent. He didn’t expect TSCID to grow and become so successful so quickly, and his goal is to maintain TSCID’s upward movement and continued strong relationships with the City of Tucker and DeKalb County.

David is also active in Team REBOOT, a TSCID-sponsored student robotics club. He helped to build storage racks and often provides tools for their creations. He has been so impressed by these smart and talented kids and believes the are the future of America.

David’s children have followed in his footsteps into the construction industry. His daughter works for Home Depot Corporate while his son essentially runs Pierre Construction. He spends his free time gardening and traveling with his wife, who is a retired elementary school principal. 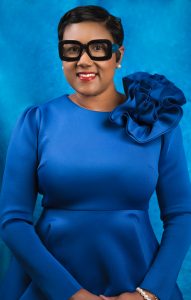 Recognized for her stylish eyewear, Lorraine Cochran-Johnson was voted onto the DeKalb Board of Commissioners for District 7 in a run-off election on July 17, 2018 and was officially sworn into office on January 4, 2019. Having been a 19-year DeKalb resident and working in news and media for more than two decades, Cochran-Johnson is acutely aware of the local government and social issues of the community. She has witnessed certain areas in the County grow at an impressive rate, while economic growth in other areas has been far slower. Those concerning stark differences, along with the security issues residents of the district faced motivated her to run for the Super District 7 Commissioner’s office.

Cochran-Johnson envisions a future of business expansion within the CID and would like to see Tucker Summit CID receive national recognition for its efforts in leadership, economic growth, business recruitment and community development. Along with economic development, her primary initiatives for the County will include public safety, infrastructure and code compliance. She is confident in the path and vision of the CID and thinks its track record of understanding the importance of data monitoring and forecasting business trends and opportunities speak for itself.

Cochran-Johnson is genuinely impressed with the relationship Tucker Summit CID has with DeKalb County and feels that the CID plays a major role in its economic development and continued success. “I have found the Tucker Summit CID to be very informed and responsive to the needs of the local business community,” she said regarding Tucker Summit CID’s impact on DeKalb County. “Emory Morsberger and the team have made tremendous gains in crime prevention and revitalizing our industrial communities within its jurisdiction, so they truly have my gratitude and I welcome the opportunity to be an advocate and resource to them.”

It is Cochran-Johnson’s hope to bridge aspiring small business owners and entrepreneurs with the resources, education and opportunities to help them become more successful and further change the community landscape. Throughout the years, she has developed relationships with shop owners across DeKalb, and because of her campaign, she has networked with more people who she would not have otherwise met. “As you connect with people, you become more determined and focused on results and positive outcomes – because you can’t let people down who believe in you.”

Lorraine Cochran-Johnson is the founder of Johnson Consulting Group LLC, a marketing and branding agency, and designer of her own brand of eyewear, Louise-Lorraine Fine Frames, sold in Canada, Spain and Lagos, Nigeria. 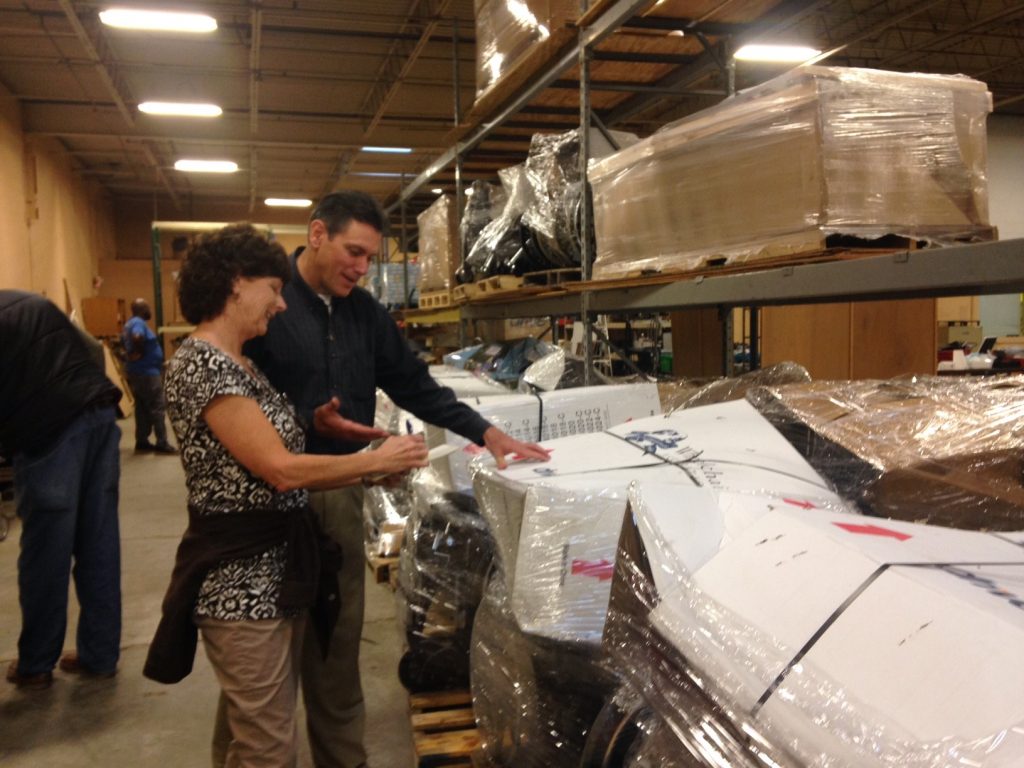 Friends of Disabled Adults and Children (FODAC) recently announced it was accepted as a member of National Voluntary Organizations Active in Disaster (National VOAD). The organization is comprised of a coalition of volunteer organizations whose mission is to assist and offer resources to communities and its survivors in the wake of natural disasters.

“Our hope is that the experience gained in the field by our staff and volunteers in the aftermath of a disaster can be formalized into structured trainings and processes that help the entire community plan and prepare long before a disaster strikes,” says FODAC President and CEO Chris Brand.

TSCID welcomes Mama’s Chicken and Seafood, which will be opening its doors in March, at 2292 Mountain Industrial Boulevard (the old Krystal’s location). Owner Steven Tran says the new restaurant will be serving gumbo, fried chicken, fish and shrimp with a southern Cajun flair.

The quick serve restaurant will have indoor dining and a drive through window along with a retail component consisting of a cooler with products from a local vendor for purchase. 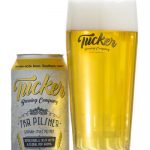 introduced the new all-German TKR Pilsner last month. Made with German hops and malt, the TKR Pilsner is a lager with floral hop aromas that is refreshingly smooth and crisp. The TKR Pilsner is best paired with spicy food, hot dogs or sausages as well as lightly flavored dishes such as noodles, salads, various soft cheeses and grilled fish. 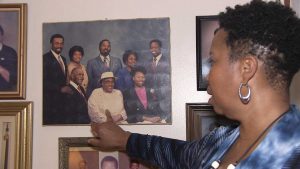 The Tucker Summit CID, Tucker-Northlake CID and the City of Tucker are sponsoring Tucker Manufacturing & Industry Day on Wednesday, April 24 from 8 a.m. to 1 p.m.

The event will take place at the TSCID’s own Stone Ridge Event Center and will include breakfast with a panel of experts discussing the status of manufacturing and current operations in the City of Tucker. After the panel concludes, attendees will tour state-of-the-art manufacturing facilities and operations, including Thermo Pac and Eurofins both located in TSCID as well as Sonnen and Steel Mart in the Tucker-Northlake CID.  Following the tour, attendees will return to Stone Ridge Event Center to enjoy lunch. Reservations are required, and for more information, please contact Billy Philips, Business Outreach Coordinator, at bphillips@tuckerga.gov.

Tucker Summit CID has a new website! Please visit www.tuckersummitcid.com for news and updates and follow us on LinkedIn.

To have your business or event included in our next CID newsletter please contact Emory Morsberger at 770-409-8100 or email emory@tuckersummitcid.com.